The Art of Enjoying The Burn

by James Wall in General 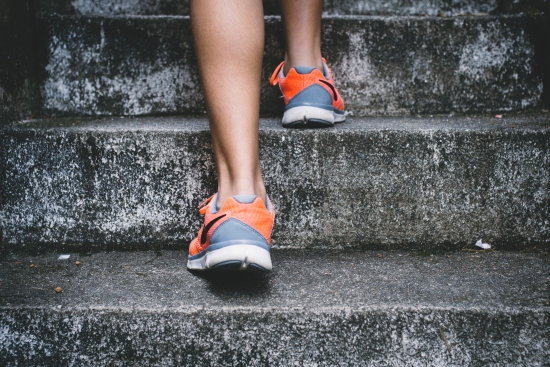 After inspecting my ankle, the doctor told me to strengthen it by doing a hundred calf raises a day. I try to do them whenever a few minutes present themselves: when soup is heating, coffee is brewing, or something is downloading.

After a few dozen reps, the calves really start to burn. I hadn’t done calf raises for years, and it turns out my relationship to that burning is very different than it used to be. Having done a fair bit of weight training since then, I hadn’t quite realized that I now enjoy the burning sensation of fatiguing muscles. I’ve come to know it as the feeling that goes with getting stronger.

Interestingly, the physical side of this muscle-burn feeling is the same as it ever was. It’s still uncomfortable. It’s still a relief when I can stop and rest. But my psychological relationship to it has completely reversed.

Instead of trying to escape from, ignore, or stop the burning, as I once did in Phys Ed class, I settle into it willingly, like the heat from a sauna. I let it build and intensify as I push on, without trying to defend against it, and that intensity is exhilarating. Even though it burns, it feels like strength, capability, progress.

About the Author: James Wall